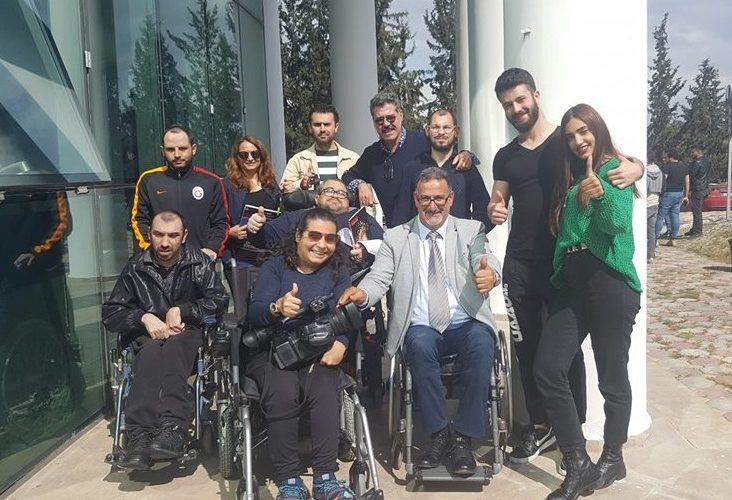 According to a press information released by the Near East University Press and Public Relations Directorate, Turkey’s only movie therapist Kerem Kaban, met with the disabled individuals at the Barrier-free Cinema and Activity Centre located in the Faculty of Communication and conducted a workshop by using the Film Theraphy which is a method used in supporting the cognitive-behavioral approaches and used as a complementary treatment in psychological problems. The Therapy while on the one hand facilitates understanding the cognitive structure of a person with stories, myths, jokes, and movies that use metaphors similar to dreams, on the other hand helps to repair the missing parts of an individual by imitating the behaviors followed in the film.

Individuals participating in the therapy, recorded scenarios written by them with camera during 3 days with Kerem Kaban. Records made during the activity will be shared in the following days.

Barrier-Free Training begins…
Within the Barrier-free Cinema and Activity Centre which was founded in cooperation with the Faculty of Communication and Telsim in November last year, t he training programs given by the Lifelong Education Center have started.

In the first phase, the trainings on Fiction Operator, Call Center Operator and Radio-Television Presenter Programs will be carried oout and the participants will have the opportunity to earn a profession in line with their personal interests.